St. Louis County Councilman Sam Page plans on introducing a resolution on Tuesday that seeks to allow the County Council to fill a vacant position in the county auditor’s office.

In the resolution, Page intends to seek judicial relief to direct that St. Louis County Executive Steve Stenger proceed with the hiring of sufficient audit staff and any other budgeted positions in the legislative branch of county government. 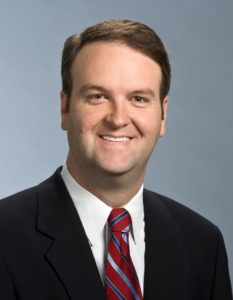 Page said in an interview that the St. Louis County Auditor doesn’t have enough staff within the office to properly carry out his duties in a timely fashion.

“The county auditor is an important function and a well-staffed auditor’s office can provide the fiscal oversight and the auditing that’s needed to bring accountability and transparency to county government,” Page said. “The simple truth is that the County Auditor’s office is understaffed. St. Charles County has six auditors and their a third of our size and St. Louis County has two and we’re only budgeted for three.”

“I don’t think that some members of the county council have demonstrated that they are good stewards of taxpayer money. I don’t know if they’re taking frankly their job as council members seriously enough,” Stenger said. “This is a very serious position in St. Louis County government and is currently occupied by an individual who doesn’t show up for the job, who doesn’t meet the basic charter requirements and he hasn’t produced a single audit in six months.”